On August 16, 1980, Dave Millay explained a frightening concept for a spur-of-the-moment summer party to friends .

“It’s an open tap,” he said with an impish grin. “We get a bunch of guys together, stand around a keg and never turn it off until it’s gone.” 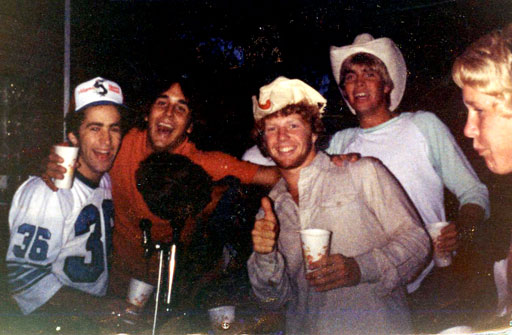 He figured it would be a good way to say farewell before everyone went different ways to college. Most of us figured he had taken a few too many shots to the head in wrestling. But Dave was always one who could wrangle the troops for a worthy adventure and he worked the phone doggedly to enlist thirsty recruits. It wasn’t easy. Suddenly, guys who never had a date in their lives were claiming steady girls and prior commitments. There were excuses like christenings, rock concerts and bar mitzvahs to attend. “Sorry, Dave, sounds like a fun idea though.” 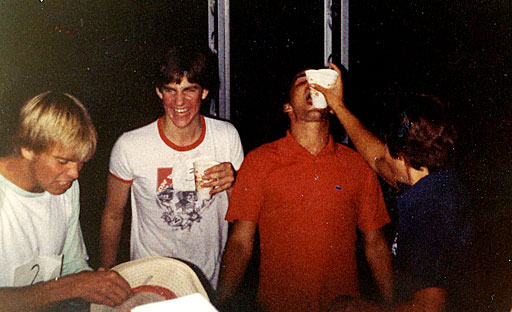 With artful persuasion, Dave managed to strong-arm ten of us to “The Pad” that evening and we hunkered down for the dubious task.
The first event was nothing fancy; no special Kegger shirts or shorts, just a paper plate taped to your shirt with a number scrawled on it. Dave wore number 1 and was first man up. After some initial jitters, the volume in the cramped Millay covered patio roared to the level of a passing freight train with every round. 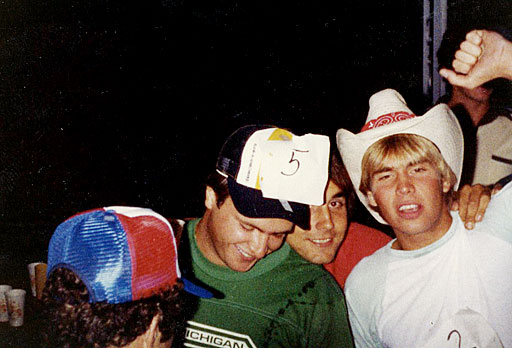 There were the usual dry-heavers, pukers and cheaters. But all had a good time and we polished off the keg in less than 30 minutes. Soon afterwards, Bob Eischen, fully carbed and amped, tossed the empty barrel shot-put style into the Millay backyard. It traveled maybe 5 yards.
The next morning, Mr. and Mrs. Millay woke up to a living room floor full of hung over victims. Volks, bloodied and covered in mud, looked like we was “sleeping in jelly” according to Dave, still laughing and ribbing us refugees relentlessly. 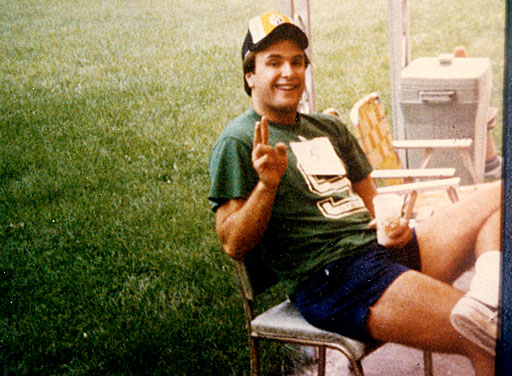 That was the last time many of us saw Dave Millay. And that’s why the annual Kegger has become such an important part of our summers-and why we’ve never missed a year since 1980. 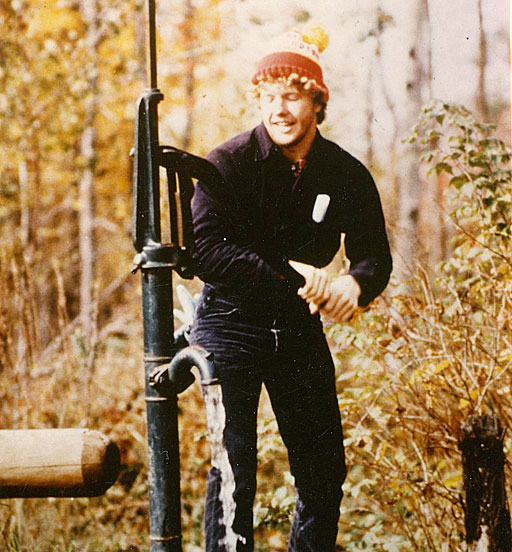 It’s never been about guzzling 992 ounces of beer in rapid succession, though that is a prerequisite. The Dave Millay Kegger is about bear-hugging friendship, razzing each other and toasting the memories of friends and family in the lovable spirit that Dave exuded. And, okay, maybe tossing a few apples at passing cars.

Just as the Kegger features an uninterrupted flow of beer this a perpetual event. There is no end date in mind. We plan to hold the Kegger annually until we drop. And drop we may, as the frothy quest seems to get harder every year.